I was on the fence about the almost ‘obligatory’ year-end synopsis riding post…because after all, these types of posts are mostly self-serving…but what the hell. If nothing else, it’s a post…

My 2014 riding year started a bit late, due to the hellacious and brutally cold, snowy weather in the northeast last winter…I was nearly dormant from January to April. Having put in only 3 measly rides (1 in Jan, 2 in Mar) So, I figured I would be behind the ‘curve’ so to speak for 2014 season. 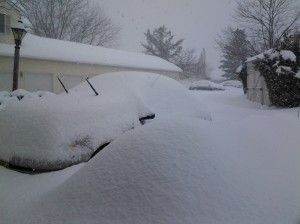 Indeed, 2014 was a bit of an odd riding year for me, with the usually ups and downs. On the plus side, I was building a new rig over the winter. I was excited going through the process of assembling and piecing together my first ‘proper’ bike. (Meaning, a mostly all carbon machine that would be relatively light- as my previous carbon bike weighed in at almost 20 lbs!) 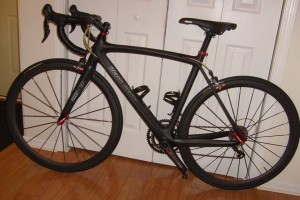 I had visions of setting pr’s on all of my local climbs, speeding down the road on my new stealthy, sleek steed…but because of my late start and some other varying reasons, those visions never really materialized, except for a few climbing pr’s here and there. The oddity of the human body never ceases to amaze me. Obviously I’m not a professional athlete or even what some might consider a high-level amateur athlete. I do not ‘train’ on a regular basis or do I have a training plan for that matter.

But, I think I’m in decent shape, enough so, that I feel I should be able to cycle 50 to 100 miles without any serious difficulties. Which, thankfully I am able to. But sometimes, just climbing a few flights of stairs can be tiring. Or, hiking for instance. There were a couple of occasions this past summer I had been on hikes of 3 to 5 miles and I struggled. Inexplicably, struggled. Which, is massively frustrating.

There were days on the bike that I was fairly strong, then there were days that I had felt like a was run over by a bus the previous day/night. Days I could hang and even pull with small faster groups averaging 17-18 mph. But then on some days, barely able to sustain a 13 mph average pace. Though I did manage to claim a bunch of kom descents and even top 85 kph on a fast 1 mile descent. But I digress…for whatever the physiological reasons, I have always had a sort of yo-yoing level of fitness, but it is more pronounced on the bike.

There are some notable explanations, but sometimes the body just say’s no, not today buddy, fuck you. Sure it’s extremely irritating, but the body is the BOSS. Whatever you say boss…not much one can do to beat the boss. Sooner or later, the boss has the final say! So, over the past 2-3 years I have just begrudgingly accepted these ‘human’ failings, or let downs if you will. Plus, at 50 my expectations have dimmed somewhat and that too is okay.

In staying with the odd (or just amazing) for 2014, there were the ‘odd’ ride adventures. Getting caught in a mega downpour (actually reported as heavy micro bursts) only 6 miles from home, but man those 6 miles took almost an hour. The rain was so dense and slashing, I could barley see. Not too mention the rivers of flash floods I had to traverse! I was utterly soaked and shivering to the bone. Then there was the bear ride! Spotted two black bears in Califon NJ while on a quiet side road. I was climbing at the time and thought, well if I had to retreat, at least it would be downhill. So, 40+ would be do-able…

There was the odd spotting of the typical road debris- road kill, trash, discarded water bottles and of course the occasional sneaker. But also underpants, bra’s, baby pacifiers and I even eyed a bucket full of light bulbs…then throw in the ever-present wildlife of scampering deer, elegant foxes, big fat bunny’s, colorful turtles, frogs and garden-type snakes! While mundane in so many ways, my riding season had offered many the odd sights and hazards along the way.

In analyzing my 2013/2014 stats, it appears that I have surpassed last years totals in rides and hours (miles too, but I don’t worry about miles- I measure my riding by time rather than distance)  Though a deeper analysis reveals this; In 2013 I averaged 2.25 hrs per ride, but in 2014 only 2.2 hrs per ride. In ’14 I climbed 19,214 feet less than in ’13. So, like I said earlier, it was a year of ups and downs though the overall take away is positive. I enjoyed most of the year on and off the bike and that’s not a bad thing. So here’s to 2015 and all that it has in store, bring it on….

Even though I despise the cold weather, I have forced myself to go ride in the cold, even if it’s just a 10-15 mile jaunt. I’m hoping it pays some aerobic dividends this coming year. Fingers crossed mates!

Safe riding and a Happy New Year to all!