Cocksucker National Socialist US government. This is the Fourth Reich, YOUR government, who YOU elected and KEEP electing. Nazi sympathizers, statists, ideologues. All as dangerous to freedom and liberty as the Nationalistic Western Order of Nazi’s themselves. 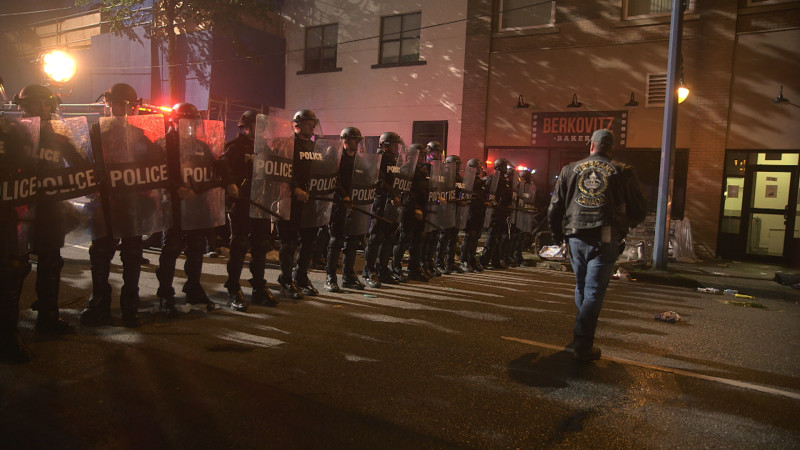 “Fear is a primitive impulse, brainless as hunger, and because the aim of horror fiction is the production of the deepest kinds of fears, the genre tends to reinforce some remarkably uncivilized ideas about self-protection. In the current crop of zombie stories, the prevailing value for the beleaguered survivors is a sort of siege mentality, a vigilance so constant and unremitting that it’s indistinguishable from the purest paranoia.”— Terrence Rafferty, New York Times

The zombies are back. They are hungry. And they are lurking around every corner.

In Kansas, Governor Sam Brownback has declared October “Zombie Preparedness Month” in an effort to help the public prepare for a possible zombie outbreak.

In New York, researchers at Cornell University have concluded that the best place to hide from the walking dead is the northern Rocky Mountains region.

And in Washington, DC, the Centers for Disease Control and…

A few weeks ago Jean, who writes at Cycle Write Blog wrote an interesting piece on stereotypes of cyclists and how these perceptions ignore the fact that, like car drivers, cyclists are not a homogenous group but represent all walks of life and all manner of viewpoints. In the piece Jean briefly commented on gun ownership among modern-day cyclists, which reminded me of this late nineteenth-century advert for a, “lovely little shooter”, from the English gun factor, T. W. Carryer & Company, Limited, that carried the tag-line, “I fear no tramp.”

Safety on the highways and byways of the United Kingdom was a more significant issue for the late nineteenth-century public and police than it is today, and adverts for small arms such as these catered for the demands of those who wished to protect themselves against perceived risk when out and about. A fear that was captured by the

The National Socialists of the West doing their SAME old song & dance about the East and Russia. DEFLECTING Nationalistic Western Order tactics which they impose on their own people, while pointing to a strong and powerful leader that Mr Putin is. The fact is, that the West is frightened of a strong Putin and Russia, especially one that is nuclear armed. Three cheers for those who stand up to the new Nazi’s of the Fourth Reich in the West. It’s gonna be a showdown…like Tesla said, East vs West…AND this time…the outcome will most likely be very different. I just I hope I’m still around to see the reversal of fortune from an arrogant, war-mongering, elitist-bankster run nation.

You just can’t make up stupid and treacherous like Barack Obama.