I cannot believe how quickly the Summer has gone by here in the northeast of the US. There is just about a month left before the first day of the arrival of Autumn. (a bit of bummer!) As I had planned by the end of last year, I was not going to ride my bikes as much as I did in 2015.

By the end of the year I had ridden a total of 4,260 miles in 276 hours of saddle time, which included both my road and mountain bikes. And by December, I was burnt out, bored and tired too boot. It was the most miles/hours I have ridden since I began cycling in 2004/2005.

My goal was to pick my tennis game back up in 2016, which I can report I have unsuccessfully done! 😀 managing only to play twice to date. Okay, well at least I got back out on the court. I love the game and it’s a good way to cross-train imo. I seem to gravitate towards, solo-type sports, although I do love a good game of baseball/softball and football as well. I can be a team player… (sometimes  ;-P )

As far as riding goes, I have been averaging about 3 times a week since January, which has been fine. Currently, I’m at about 5-1/2 days of saddle time, which is just around half of last years total and we’re nearly 3/4 into the year. I can easily see myself tailing off to 2 days, give or take a week as the weather decidedly turns comes October-November. Right now I feel good both mentally and physically and most importantly, I have not lost the motivation to pedal, so all in all, a good riding year so far.

New Shoes! (well, sort of)
Over the late Spring, early Summer I picked up a ‘new’ albeit slightly used pair of Shimano MTB shoes for a whopping sum of 27 bucks! Thank you eBay. I use my shoes both on the MTB and road bike because I like the ability to walk in the shoes, plus no need for extra pedals…

The guy who I purchased them from, said all he used them for was spinning and only a few times at that, which was evident by their almost new condition when they arrived! Lucked out on that buy. Fit well and feel good too.

Let there be light!
I also picked up a rear tail light in May, which I am finding to be a real plus on my rides. I do notice that overall, I get a bit more  consideration from the cagers than I used to. Of course there are still the odd idiots, morons and scumbags who don’t see me or buzz me… but not as many. I use the red light in ‘flash’ mode, mounted in its metal screw-in holder with the silicone adjustable band wrapped on the rear stay. It is a USB rechargeable light that lasts about 5-6 hours of ride time and for the $5.83 I paid, it’s been well worth it.

It’s another scorcher Ma…
The August heat and humidity have been brutal, but I have not had any problems riding in it. Hydration is the key, the absolute key. In the days leading up to a ride, the day of and during the ride as well recovery are all crucial to keeping hydrated and your body balanced with fluids and electrolytes.Nutrition is also vital, but most cyclists know or should know that anyway!

My typical rides are about 35-40 miles or 55-65 km in length, and during the July-August heat I will consume about 90 to 95 oz or 2.6-2.8 litres of fluids. This is usually in the form of approx 70 +/- oz of water and one 24 oz bottle of electrolytes (which consists of, about 1/3 of the bottle of juice or gatorade, a pinch of table salt, 1 electrolyte tablet and the remaining with flavored water.

I was buying the Nunn electrolyte tablets, but when I was on holiday in Switzerland I had found Magnesium tablets (20 per container) in the Denner Market for about 1.50 chf.  Finding anything in Switzerland for low-cost is a rarity indeed! (At $1.50 usd, well  you do the math per tab!) So, I brought a bunch back home with me. They work amazingly well and have virtually little taste. Es ist wunderbar! 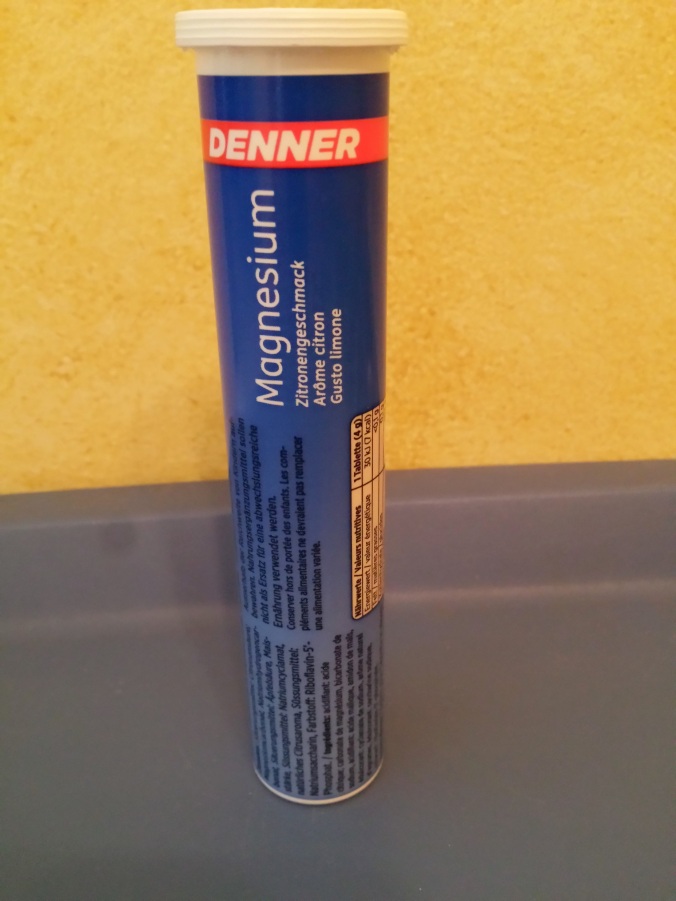 Well, that’s about it for now chaps… next post I’ll review the iON AirPro video camera…