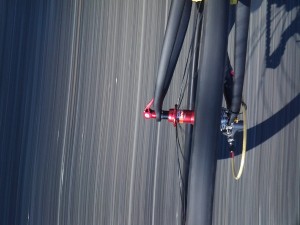 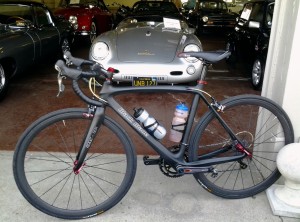 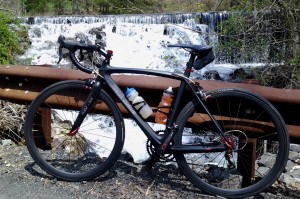 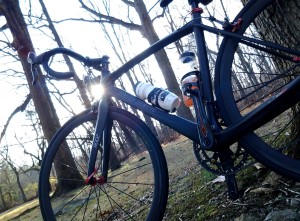 Nothing remotely exciting, just more of the same…some moderate riding around the
Ravine Lake loop to sort out the R002 – SBK.  The second test session gave me still a
bit more feedback and I was able to push a bit harder on the descents and tight corners, with slightly more confidence. I now have a good idea as to what changes I need to make
to the bike in order to dial it in a bit closer to my liking.

The official rollout and shakedown run of the Black Blade R002 Supersport took place
on Wednesday, March 26th at Valley Park circuit. First ride, though short provided a
limited amount of feedback, but the 2014 machines chassis setup and geometry seem
decent enough to work with going forward. This was the first time that the bike had
turned it’s wheels in any significant way. As expected, there were the obligatory teething problems. Again, this was anticipated but that is what testing is all about.

My saddle, brake lever/hood  settings were loosely based off of my previous bike, so
I knew that dialing these settings in would take a bit of time. First few pedal turns I could
tell that the saddle height was nearly perfect, but the fore/aft setting was a bit too close to the center of the bars. That perception was confirmed up once I measured my knee to the ball of my foot ratio with a plumb bob. So, after moving the saddle slightly rearward about 1mm from the center of the seatpost and aligning the brake hoods to my liking I put a few more miles on the bike.

The range of adjustments with the saddle fore and aft, saddle height, stem length
and rise, though limited will all play a significant part in getting the setup as close to correct as possible. While balancing  the overall ‘fit’ and ‘feel’ of the machine. Initially, the steering feels twitchy, not sharper but ‘nervous’ and certainly not as comfortable as my previous Pro-Lite Galileo, which is extremely stable on high-speed descents. It will take some time to sort out this issue and get used to the feel of the R002 – SS chassis.

I am confident that I will be able to improve upon the inherent performance of the
R002 – SS and find a good compromise with the setup over the next few weeks.
Another longer test ride is planned for the following week. 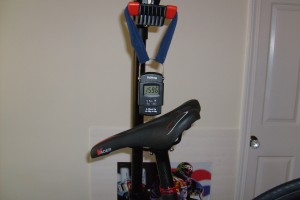 A short Saturday ride, with lots of drama and action…

Base Miles sure don’t come easy…as this was a ride to forget.
The roads were in bad shape, salt and water everywhere.  Then I sank my
right foot in the mud up to my ankle. Oh nice… (in my best Brit accent)

Then while at the local airport for a quick pit-stop….I was chased by an angry Rottweiler.
My quick thinking and memory of reading about how to fend off the pooches had me
fencing the 4-legged chap with my carbon steed. At first, I just tried to discourage him,
but he kept coming at me. So then, I attacked him, using the pedal to try and hit him in
the snout. But he was relentless.

Finally what seemed much longer but probably after about two minutes, an
elderly gent thankfully came running over and restrained the stout mongrel. Whew,
that dog Wanted a piece of me in the worst way…I remounted, bid farewell to the man
and the ambitious dog then sprinted out of the airport lot!

Another stop for a scenery pic and the bike fell over. Result? Scratched the carbon fork,
the rear stays and broke both bottle cages and that were not bad enough, I was almost T-boned a block from home. Aye, bugger me…

Finally, my frame has made its way state-side! It shouldn’t be long now…
before the R-002 arrives on my door step. Stay tuned for the build…

And in some related news, I have also signed up for the Revolutionary Ramble.
I chose the 100 mile, 6k of ascent option. I cannot wait to put the R-002 to the test
on a long ride.
Ciao!

Well since my R-002 frame is still in China…not much to do this bleak, cold winter except watch a lot of videos. From cycling to the Isle of man to F1 to the mad sport of Skeleton!

In yet another un-related bicycle post…one of my favorite sports (one which I would
love to give it go) I present the following very cool videos!

This about sums it all up…my car blanketed by the unrelenting snow.
And, Farmers Almanac say’s…a cold March and April will ensure that
remnants of the snow-filled winter will hang around probably until May…
UGH.

The snow has been falling rather steady and piling up here in the northeast.
Bleak, cold, grey days of winter have taken up residency in my aging bones and
my faltering mind…We have had 6 days over the last 3 weeks of sub-zero temps,
ranging from 0 to -6, without any windchill, which has been brutal in my lowly opinion.

And, it can feel at times as if the low winter Sun has left some us for dead…
Yet there is cause for a muted tribute…as Spring is only a mere 42 days away.

I take solace knowing that soon we will see the blossoms of trees and splendid greenery
that lines the roads and paths we long to ride, so take note old man winter…your time is fleeting, like life itself…

The Road to Revelation
Blog at WordPress.com.
Loading Comments...