Podcast interview from Lance talking about his return to racing in 2017 with George Hincapie, Christian Vande Velde and Dylan Casey in the Old Pueblo 24 hour Mountain Bike race.

Here’s a quick video of one of my favorite youtube channels…Seth’s Bike Hacks
a 5 minute clip on some practical tips & tricks…that’s right, tips & tricks- NOT ‘hacks’  lol

(back in my day sonny, a hack was someone who sucked. Someone who was bad at something. “Oh man, that guy was a hack on the axe dude..he couldn’t even play half of eruption!” So tips & tricks it is lads and lasses!

2. Apparently there are a number of cyclists (and motorcyclists) who actually believe that an Apex is in ‘flux’ or NOT fixed…(ugh, the un-initiated can be so insufferable)

3. An ‘apex’ of a corner is fixed, Always. It is the highest point of a turn, period. A rider can enter a corner ‘early’ or ‘late’ but a rider cannot ‘apex’ early or late- period. This is not conjecture, it IS physics.

4. The mostly political-driven, anti doping attack narrative is basically a psychological witch-hunt, that utilizes variants of former Soviet, Third Reich and Stasi type propaganda-intimidation tactics.
(Yes, Virginia, there is a ministry of propaganda in sports)

5. Most all modern-era Chinese and Taiwanese carbon bike parts are well produced and reliable. (Sans the counterfeit models)

7. From 2009 to 2011 Saxo Bank was caught money laundering. (No doubt they are probably still engaged in some type of fraudulent financial activity as well, as all big banks and insurance companies are)

8. The Causation of 99.99% of accidents and-or crashes are due to rider error, period.

9. The majority of bicycle helmets are nothing more than plastic cup covered Styrofoam… that fail to protect against rotational-force damage and high-G impacts. (though some newer models are addressing this issue)

10. obama’s secrete Drone program Murders Six Innocent people for only every ONE suspected terrorist target. (Wikileaks revealed the W.H. documents. But notice that the MSM has NOT said one fucking word about it)

11. I NEVER ride in the drops and I haven’t for the past 10 years. The ‘narrative’ –riding in the drops, lowers a riders CoM, is mostly false especially when using compact and ultra compact bars. (it lowers the CoM marginally and is nearly immeasurable). Though it does move the CoM forward.

12.  Former Giro d’Italia director Michele Acquarone was fired in 2013 from RSC media, for financial fraud. Relating to his part in stealing 13 million euros from the media company.

14. The ‘key’ to cornering or descending quickly, has very little or nothing to do with “balls” or bravado or riding in the drops…

15. The keys to cornering/descending quickly are; visual perception, spatial skills and knowing how to utilize counter steering. A crucial ability is to be able to perceive objects, then gauge objects at any given time-distance relation, within a riders field of vision.

16. American public schools do not teach our youth of the domestic terrorist attack in 1864. An attack against peaceful and mostly women and children of the American Indian Cheyenne Tribe in the Colorado Territory, infamously known as the Sand Creek Massacre.

18. Cycling is rife with fraudulent financial corruption, like most all sports. Yet not nearly a peep from fan-boys, media and riders. Just as long as we get those ‘cheats’ who use peds… #hypocrisy #ignorance #immoral and #unethical behavior. Taking tainted money from a fraudulent company IS immoral and unethical and is a form of cheating.

19. “Fit” your own unique body to a bike by Feel, rather than solely by a book…a bike shop or someones ‘theory’

20. Break from the etiquette known as The Rules, as much as possible and whenever you can! Smile when you ride…at least once! Get out on a mountain bike, at least once! And most of all, enjoy the ride, fore it is short….

Most tire manufacturers agree that supple sidewalls and a thin tread make a tire fast, but the role of the tread pattern remains poorly understood. Most modern tires have either a completely smooth tread (slicks) or a coarse tread pattern similar to car tires. Many high-performance tires are smooth with just a few large sipes. None of these tread patterns are optimized.

Car tires have tread mostly to prevent hydroplaning. With their wide, square profile, a layer of water can form between tire and road surface. The tread pattern forms channels so the water can be pushed out of the tire/road interface.

Bicycle tires do not hydroplane. Their contact patch is too small and too round for that. This means that car-inspired tread patterns are not necessary on bicycle tires. Does this mean that no tread pattern at all – a slick tire – is best? Any tread pattern reduces…

A look back at Stage 17 of the 1997 Le Tour de France, Friborg to Colmar. This edition paid tribute to the great five-times Tour de France winner, Jacques Anquetil.

The big diesel, the likable and very talented Ulle, Jan Ullrich went on to win the 1997 Tour by over 9 minutes… 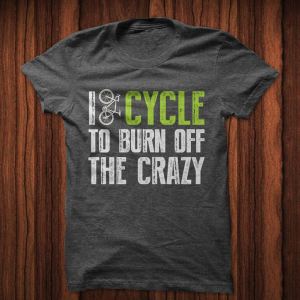 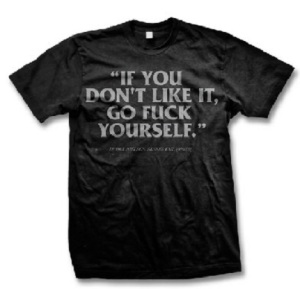 Go chief! Nice to see LA back on the bike…

I’m sure this is going to really ruffle the feathers of all those muppets who seem have a lot misplaced and displaced energies- spewing their vitriol. I always wonder why most of these ‘fans’ of cycling don’t get that upset over the corrupted criminal governments drone bombing women and children…but instead get so angry over an athlete using ped’s and lying. In the end, it’s ALL entertainment. But when governments destroy liberty, that’s REAL life.

If nothing else I’ll get a huge kick from those who are going to implode over this news! C’est la vie I suppose.

As a twenty something (non cycling) punk, Calvin & Hobbes was one of my absolute favorite comic strips and to this day still is! Bill Wattersons take and homage to the bicycle is both heartwarming and incredibly funny all at once….and for cyclists, oh so apropos!

With temps here in the northeast ranging from the single digits to the 20’s and some snow and ice on the ground, I have not been on the bike since the 2nd. Oh restless, I am growing! Hoping to get out on the weekend as it is supposed to warm up to the 30’s! (amazing the perception of ‘cold’ after the mercury plunges to zero in the overnight!)

So for now, I sit my lazy ass in a chair and watch some of my favorite videos. From the Grand Tours to MotoGP, to keep me amused and somewhat upbeat during the abhorrent cold-n-gray season! Today, I’m sharing a vid of one of my all-time favorite races, the Ulster Grand Prix. A quick last lap highlight from the 2010 supersport race. It is an incredible circuit (worlds fastest actually) and this was an incredible race….

If this doesn’t get the pulse ‘racing‘, you just might be DOA… 😀

The Road to Revelation
Blog at WordPress.com.
Loading Comments...